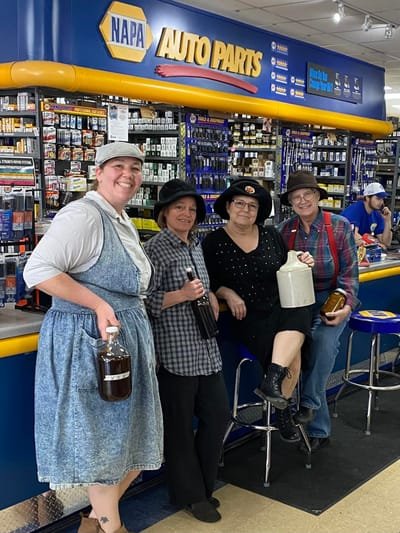 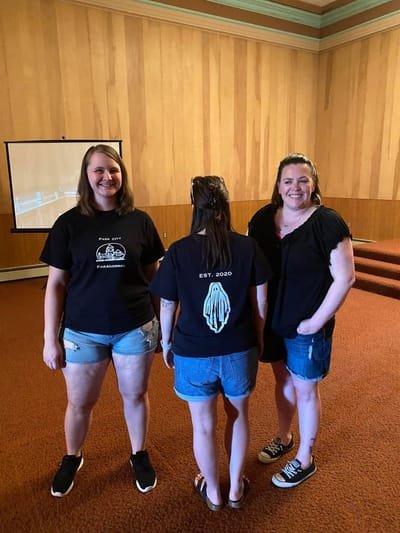 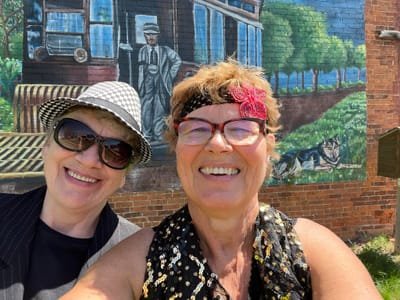 Our May 14th History Hunt Was Awesome!

We had ten teams who participated in the fun. There were many incredible costumes. The hunters had to solve a crossword puzzle to learn where the After Party would be - it was Ballyhoos. They spent the morning learning about Merrill and the 1920s and seeking clues to the party location. Many of the downtown merchants joined in the fun offering support, raffle prizes, deals and discounts on merchandise - Westside Market, Sweeter Times, Gruetts, Miller's Furniture, Ballyhoos, Ye Olde Sweet Shoppe, Johnsons, Hargraves, Napa Auto Parts, Ana Blairs, Courtside, the Trophy Bar. The Merrill Paranormal Society, the Masons and Odd Fellows Organizations offered information and stories. Stephanie Springborn, Martin Burkhardt, and Dick Baumgart led tours through the old vocational school that is being restored - It was built in 1929 as a Merrill Buick Garage, then became the Wisconsin National Guard Armory for several years during WWII before being taken over by the Merrill School System as their Vocational and Tech School until 1967.

The event had the support of major sponsors Incredible Bank, Park City Credit Union, Weinbrenners, Johnsons, and Westside Market. There were raffle prizes donated by Lake of the Torches Casino, AmericInn, Sunrise Broadcasting/WJMT, Circus World Museum, Culvers, and Kindhearted. The Merrill Historical Society is grateful for all the wonderful support they have received from our local merchants. We also celebrated Merrill's 175th Anniversary with a $175 cash raffle prize (donated by Incredible Bank) open only the participants in the hunt. The winner was Eunice Berndt.

Here is a link to the "Silent Movie Clips" made by each Team in the hunt - a little extra fun since Talkies were started in the 1920s.  https://youtu.be/fvm5NM7KOEU.